The origins of Transversal Scepters

The start of this whole undertaking began with researching the earliest criminal archives of North Holland, in the village of Haarlem.

With these first works, Juliacks developed a transversal methodology for creating site specific works about justice.

These first works present mediated and imaginary images of the first prisons of the Netherlands, their subsequent, and close-to-follow first resistance and uprising, as well as an imaginary future that reconsiders the justice system altogether. This project looks into the 17th century period of reform while reflecting on the current penitentiary systems in the United States, the Netherlands and around the world at large, leading to a fictional narrative told across and through different mediums about the justice system and Jan Gillissen, ‘the first prisoner of Haarlem.

The following research text written by Suzanne Sanders based on research by Juliacks & Suzanne Sanders was presented at the University of Amsterdam’s School for Cultural Analysis conference, Dissecting Violences in 2018.

Jan Gillissen, a real historical character, was a linen weaver by training, who embarked upon the career of self-appointed preacher, but his religious opinions are not revealed. He was banished three times and didn’t receive a prison sentence until his 4th arrest. In the tuchthuis he behaved quietly for almost two years, but toward the end of 1612, four other prisoners threw the first prison uprising, and Jan Gillissen followed suit- he decided to work no longer and severely damaged his weaving loom. In January of the next year, when the judges visited the house to determine penalties for the obstinate, he had obtained a knife and stabbed a court servant in the neck. The judges condemned Jan Gillissen to death.” [1]

Jan Gillissen (d. 1613) was a linen weaver by training, who seems to have embarked upon the career of self-appointed preacher in Haarlem. Although in the criminal registry at Noord-Hollands Archief, various allusions are made to his quarrels with priests in the ‘Grote Kerk’ among others, and the fact that he had some of his “famous little books” printed in Leiden to spread among the people upon returning from repeated banishment sentences, his religious opinions are not revealed. Jan was banished three times and didn’t receive a prison sentence until his fourth arrest when he was placed in the newly built Haarlem Tuchthuis to ‘perform his profession,’ behaving quietly for almost two years.

Then, in January 1613, four men threw the first prison uprising in the Haarlem Tuchthuis. Pieter Jacobsz, AKA Goeluck, Arijs Janss, Barthelmees Corneliss and Pieter Jacobsz of Delft seem to have been taken into the Tuchthuis to be ‘corrected’ from what is described rather freely as ‘leading bad lives’. They are described smashing various locks and doors of the Tuchthuis to gather a crowd of convicts in one room and blocking the entry doors by barricading it with their heavy weaving looms, preparing makeshift weapons and screaming that they would fight until their last man standing would fall.

According to the registry they, like Jan Gillissen, consequently were punished mainly ‘to the example of others’ through severe flogging in the courtyard of the Workhouse. Goeluck as frontman was convicted to work at the Rasphuis for several months, where Jan Gillisen had been placed shortly as well (to perform the heavy task to ‘rasp’ tropical wood into a red dying powder that the Tuchthuis sold to the textile industry) after which he would be forced to return to his weaving tasks. Although the cases in themselves are unrelated, Jan Gillissen’s conviction followed within the same week: after he had severely damaged his weaving loom and decided to work no longer, several months earlier, when the judges visited the workhouse to talk to the obstinate and determine his penalties in January, Jan appeared to have obtained a knife to stab a court servant in the neck. Perhaps the hopelessness of his situation was spelled out before him by the judges, as Jan – to his defense – is then described claiming unrepentantly that this for him attempting to kill the officers was the only way for him to be able to escape this place. With permission of the court in the Hague and in the presence of all the burgomasters of the area, the judges then condemned Jan Gillissen to death.” – to the example of others.” His execution, a rare occasion, took place at the Grote Markt but his body was shown and buried, not in a public space as the Schout requested, but in the courtyard of the workhouse to serve as an example to the convicts. [1] who were mainly being flogged at the workhouse and put back to work for an extended amount of time, also predominantly ‘to the example of others’

The dramatic fates of Jan Gillisen and the four ‘roervincken’ resulted into Transversal Scepters: a research project in various stages and shapes, in which interiors are ripped out of their context in the flow of a narrative, out of their history and woven anew. Using the historical landmark of Haarlem weigh house (De Waag, KZOD also built around 1600), the archival criminal records and blueprints of the now demolished Tuchthuis as a complete set, Juliacks expands the scene for a psycho transhistorical narrative film to be produced, referencing the cultural heritage of the first civil penitentiary institutions created in the early 1600’s as well as contemporary materials and voices from behind the walls of our own correctional facilities as a point of departure in the hallucination of alternative futures: while functioning within a vastly different cultural and moral framework, US correction officials in 2016 state that programs are currently “geared towards rehabilitation, preparing those incarcerated with skills they’ll need once they’re released” while prisoners claim to be victims of a failing system of criminal justice and institutionalized slavery, risking their lives by going on what has been described as the largest prison strike in history.[2] Situating the narrative at the beginning of the Dutch ‘Golden Age’ a story prism through film, tapestries, comic and an immersive installation at De Waag portrays the intersections of the historical Dutch prison uprising and the large scale historical prison strike during the fall of 2016 in the United States.

The actual effects of Coornhert’s ideals of rehabilitation and the provision of work and perspective for the poor and unlucky are being explored through the historical fates of the ‘first prisoners of Haarlem’ as described in the judicial records. The idea to create a house of corrections towards the end of the sixteenth century echoed the ideals of the humanist renaissance scholar Dirck Volckertszoon Coornhert in his seminal work ‘Boeventucht’ published in 1584 in his hometown Haarlem. Not only would the ‘Tuchthuis’ model serve as the first penitential institution as we know it to keep people like Jan Gillisen from the street, but it was unique as also being a workhouse for the poor, like the four men. Apart from the entry portal held at Frans Hals Museum, all of the Haarlem Tuchthuis was destroyed leaving only its outline in the street plan of De Vijfhoek neighborhood and blueprints of the floor plans in the North Holland Archives.

The inscription above the entry portal of the Tuchthuis read Nutrit et Emendat: she feeds and she better, referring to the civic goals of peace and control over the public sphere and the education of people of poor judgement. The responses of the judges throughout their trials reveal a societal outlook on shame and punishment that focuses mainly on public shame and putting up examples society. Coornhert, as well as the judges in these records seem to be apostles of perfectionism: man is not conceived and born in sin, but rather in inherent goodness. The stress of the Schepenen on the justness of their considerations and belief in public shame over corporal punishment in their account reflect Coornhert’s trust in practicing faith and striving for truth and honesty. With the help of Christ – man should be capable of attaining perfection even during his life as long as he consistently applied ‘right judgment.’1 The archival research trajectory led into a history of forced labor and imprisonment as punishment that began in Europe as a corollary of the privatization of early modern prisons through a booming industries in the Dutch republic, also leading to the first Dutch settlements in North America in 1615. Truth and justice appeared within reach before 1609, however only a few years onward the practical application of it in a privatized environment seems to reveal the flaws of this structuralist approach. For some of those incarcerated, the uncertainty as to when ‘betterness’ was good enough, working, eating and sleeping in this house for an unspecified amount of time, may not have worked. The sense of desperation emerging from the accounts of Jan Gillissen and the four men seem comparable, although their cases are not related.

The results of this period of artistic research will be presented at the ASCA conference, Dissecting Violence. Previous parts of this artistic research were presented in an exhibition sequence that took place both at Ornis A. Gallery March 4th – April 1st in Amsterdam, and in the context of Haarlemse Lente, festival of contemporary art from 24-26 March in Haarlem in 2017.

Asking more questions than providing answers, parallels between the development of laws and punishment in early modern Europe with present issues and future anxieties are being dramatized and fictionalized as a means to reflect upon contemporary social-cultural issues while also devising collective transmedia processes that imagine new laws and standards. 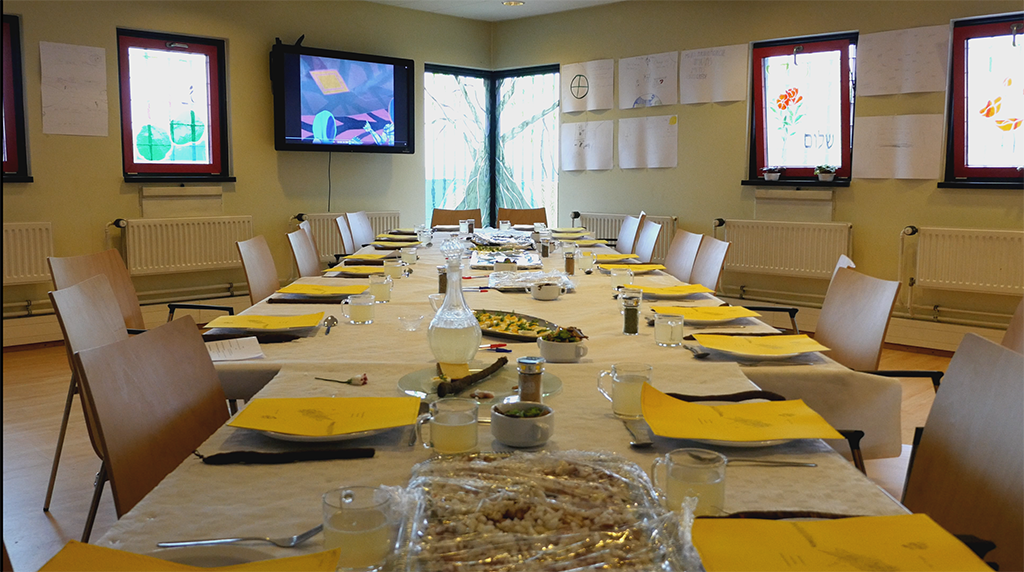